Straight from the doctor’s mouth is still a tried and trusted way to drive referrals. If you need to host a patient day – let our experienced event organisers do it for you.

6 reasons why health care is the brand new “super sector”

So why do doctors need to find new ways to get more referrals?

Although health has made the greatest contribution to job growth in the past 15 years, and an ageing population will increase demand for medical specialists, the Federal Government is predicting an oversupply of 7000 specialists and GPs by 2030, whilst nurses will be in significant undersupply.

While regional area doctors still have some doctor shortages, in high density areas, a large number of specialists in many specialties will increasingly be in over supply.

That’s why it’s important to engage your local community, your local GPs, local patients and other stakeholders – now! 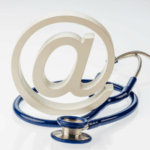 Whether it’s a GP video to drive referrals, a media story, or a polished digital newsletter, DigiMed Australia will make your practice stand out in the medical landscape.
Get in touch